Need some travel inspiration for next year? Here is Virtuoso’s top 9 locations you should visit in the new year. 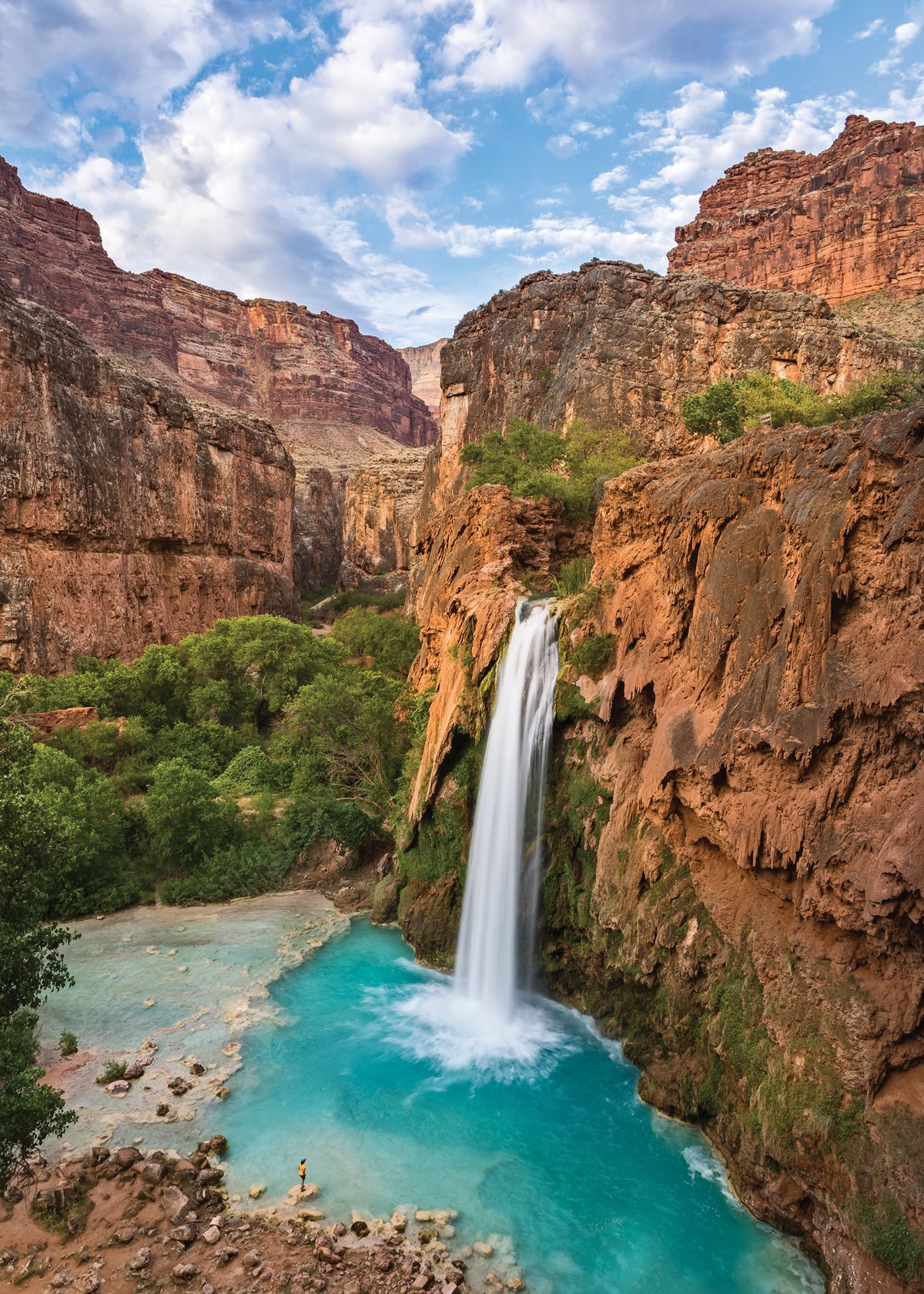 Fall for this: Grand Canyon’s Havasu Creek.Photo by Grant Ordelheide/Tandemstock.com

President Theodore Roosevelt, upon declaring the Grand Canyon a U.S. national monument in 1908, implored his fellow citizens to “do nothing to mar its grandeur, sublimity and loveliness.” Fortunately, they heeded his advice, officially granting national park protection to the 2-billion- year-old gorge on February 26, 1919. Virtuoso travel advisor Caroline Wood of Bozeman, Montana, calls the UNESCO-designated site “one of the most beautiful, magical places on the planet,” and with Native American Heritage Days, centennial celebrations, and other special events on tap throughout next year, it’s highly recommended that travelers plan well in advance.

What You’ll Love: Wood says there’s so much to explore around this 277-mile- long expanse that “most people barely scratch the surface.” To truly delve into the destination, she suggests a multiday rafting trip, which lets travelers “leave the world behind and easily access waterfalls and the turquoise waters of the Little Colorado River and Havasu Creek.” 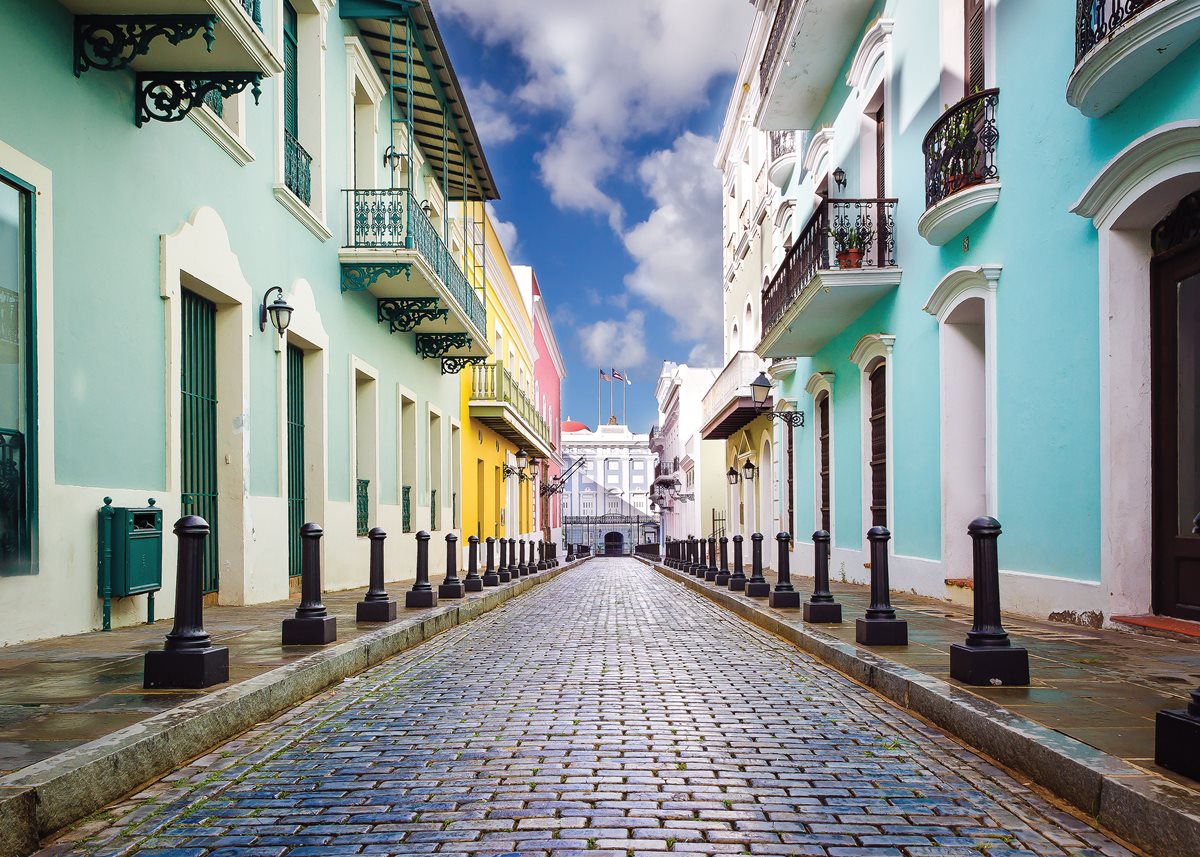 The sign says it all: Residents of the town of Humacao have replaced their once infamous “SOS” message, which went viral after 2017’s Hurricane Maria, with a hopeful “Bienvenidos!” As the U.S. territory continues to welcome visitors back, tourism is proving a vital force in spurring its recovery, says Stephen Adair, a Dallas-based Virtuoso advisor. Adair, who spent his teens living in the Cayman Islands, calls Puerto Rico one of his favorite vacation spots and encourages travelers to visit soon because, quite simply, “they need our support.” Inexpensive airfares to the capital of San Juan, more cruise-ship calls than ever, and refurbishments at hotels such as Dorado Beach, a Ritz-Carlton Reserve add even more impetus to go in 2019.

What You’ll Love: Old San Juan quickly got its groove back, and Adair notes that its cobblestoned streets and leafy plazas are as lively as ever – and (bonus) slightly less crowded. The Santurce Farmers’ Market turns the Condado neighborhood into a giant block party on the weekends. Beyond-the-capital pursuits range from treks in El Yunque – the only tropical rain forest in the U.S. – to a paddle through Vieques Island’s bioluminescent Mosquito Bay.

In southern Italy’s Basilicata region, one of the world’s oldest continuously inhabited cities is about to become the newest European Capital of Culture. Calgary, Canada-based Virtuoso advisor Andrew De Angelis, who grew up in Italy, says that “although many artisans have left the larger cities, in Matera those traditions are still alive. It’s the genuine Italy travelers crave.” Look for tiny botteghe (“workshops”) displaying ceramics and colorfully painted cucù, animal-shaped whistles made of the local terra-cotta. 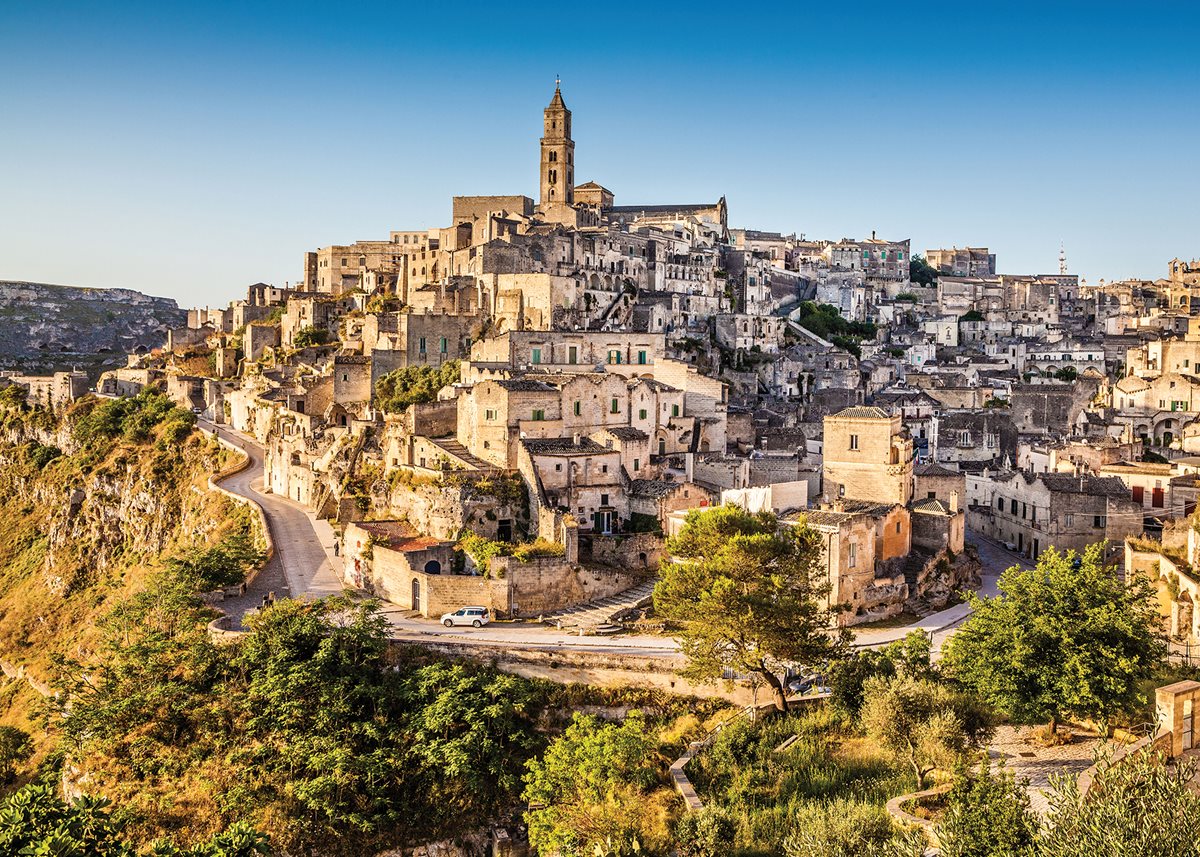 What You’ll Love: UNESCO calls Matera’s sassi “the most outstanding, intact example of a troglodyte settlement in the Mediterranean.” In these ancient neighborhoods set in the oldest part of the city, more than a thousand houses, churches, shops, and botteghe are built into natural limestone caves around the Murgia plateau, first occupied in the Paleolithic era. De Angelis loves walking Matera’s narrow streets at night, when the city’s cave dwellings take on an ethereal quality. 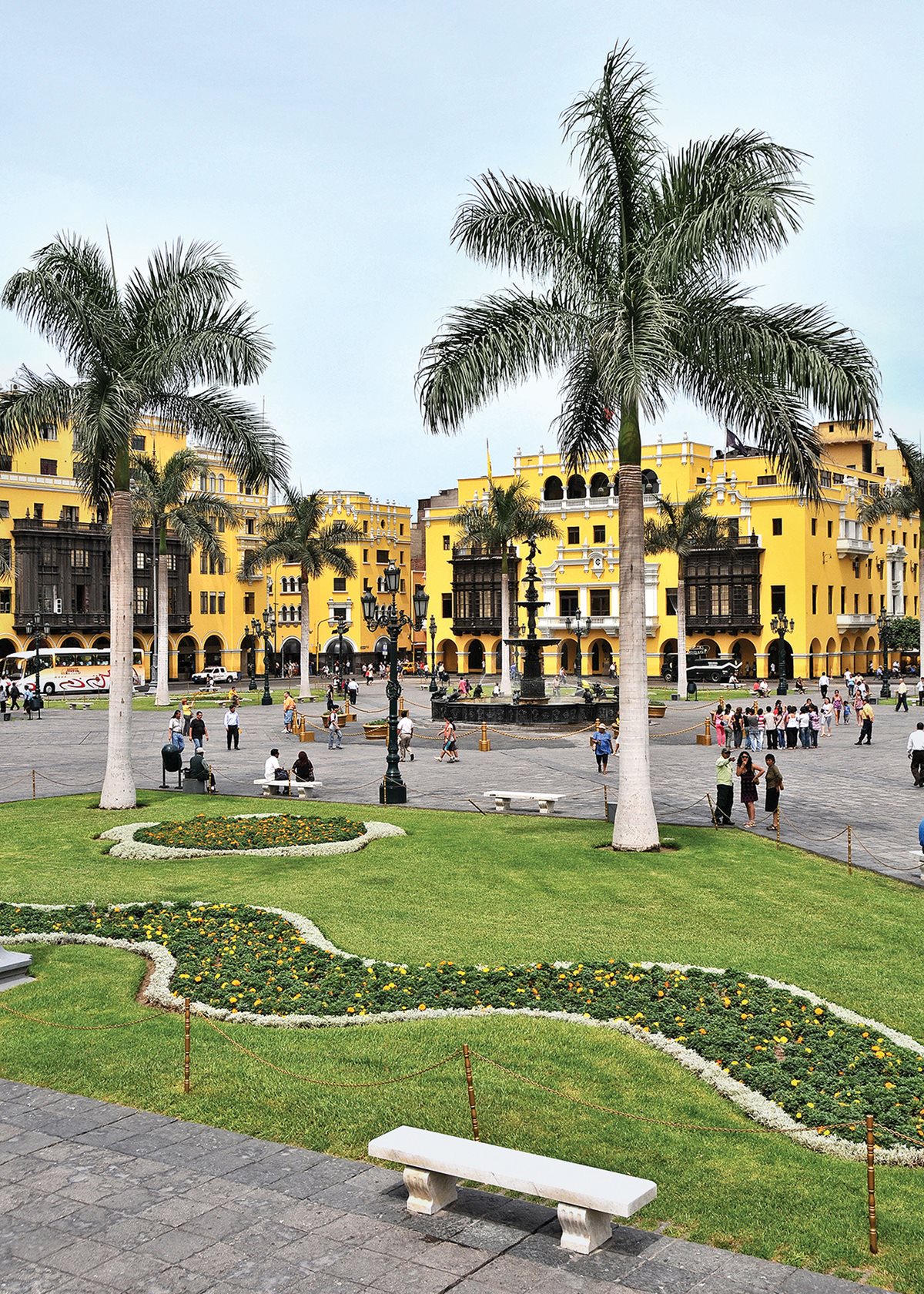 A former pass-through for travelers on their way to Cuzco and Machu Picchu, Lima is “a city transformed,” says Virtuoso advisor Natasha Rhodes, from Calgary. Peru’s capital is set to host athletes from 41 nations for the 2019 Pan Am Games, July 26 through August 11; with concurrent Fiestas Patrias (national holiday celebrations) slated for July 28 and 29, advanced planning, Rhodes says, is essential.

What You’ll Love: Lima has become the epicenter of South America’s food scene, boasting bustling markets and a number of the world’s top tables, including Central and Maido (numbers 6 and 7 on 2018’s World’s 50 Best Restaurants list). A stroll along its malecón offers lush parks, Pacific views, and great people-watching. Just off the coast lie the Palomino Islands, where you can swim with sea lions and snap selfies with Humboldt penguins and Peruvian boobies. 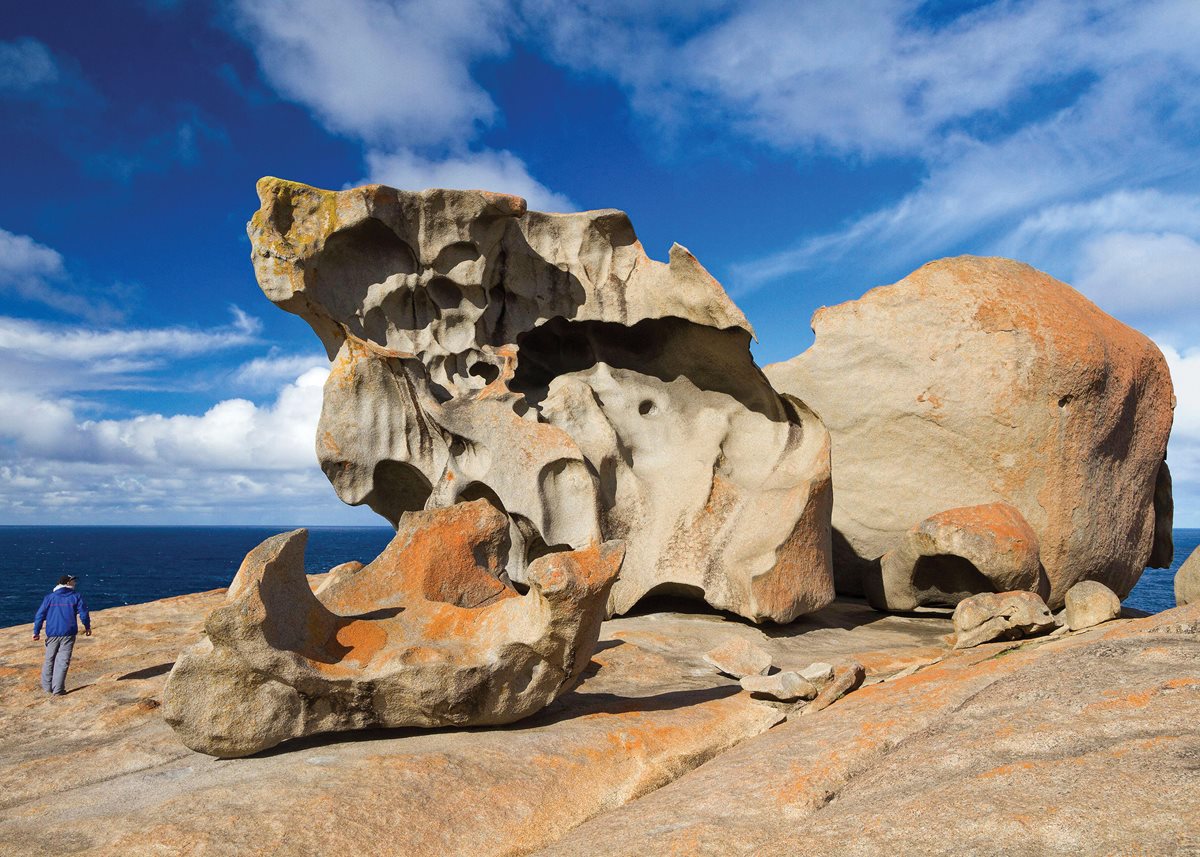 Oenophiles are catching on to Adelaide, the newest member of the elite Great Wine Capitals of the World network. The cosmopolitan city is a gateway to 18 different wine regions, which produce some 80 percent of Australia’s premium wines. Yet for all its cellar doors and stellar cuisine, this is not Sydney or Melbourne. “Adelaide is a much smaller and more intimate city than its ‘big sisters,’ ” says Janet McLaughlin. The Virtuoso advisor, who hails from Cincinnati, Ohio, also recommends South Australia for active adventurers and wildlife lovers, comparing biodiverse Kangaroo Island to the Galápagos. With tourism on an upward trajectory, however, she emphasizes visiting as soon as possible.

What You’ll Love: For McLaughlin, the Barossa Valley is a no-brainer: “Within an hour-and-a-half drive, you’ll hit 200 wineries.” One of the coolest is d’Arenberg Cube, a cellar-cum-wine school, restaurant, and interactive museum in McLaren Vale modeled after a Rubik’s Cube. Visitors find namesake roos and Remarkable Rocks on Kangaroo Island, while bushwalks reveal stunning gorges and sacred Aboriginal artwork in Ikara-Flinders Ranges National Park.

In the Market: McLaughlin loves browsing the Barossa Farmers’ Market for its artisan products and cultural immersion: “This is a true community market, so you really feel like a local.” 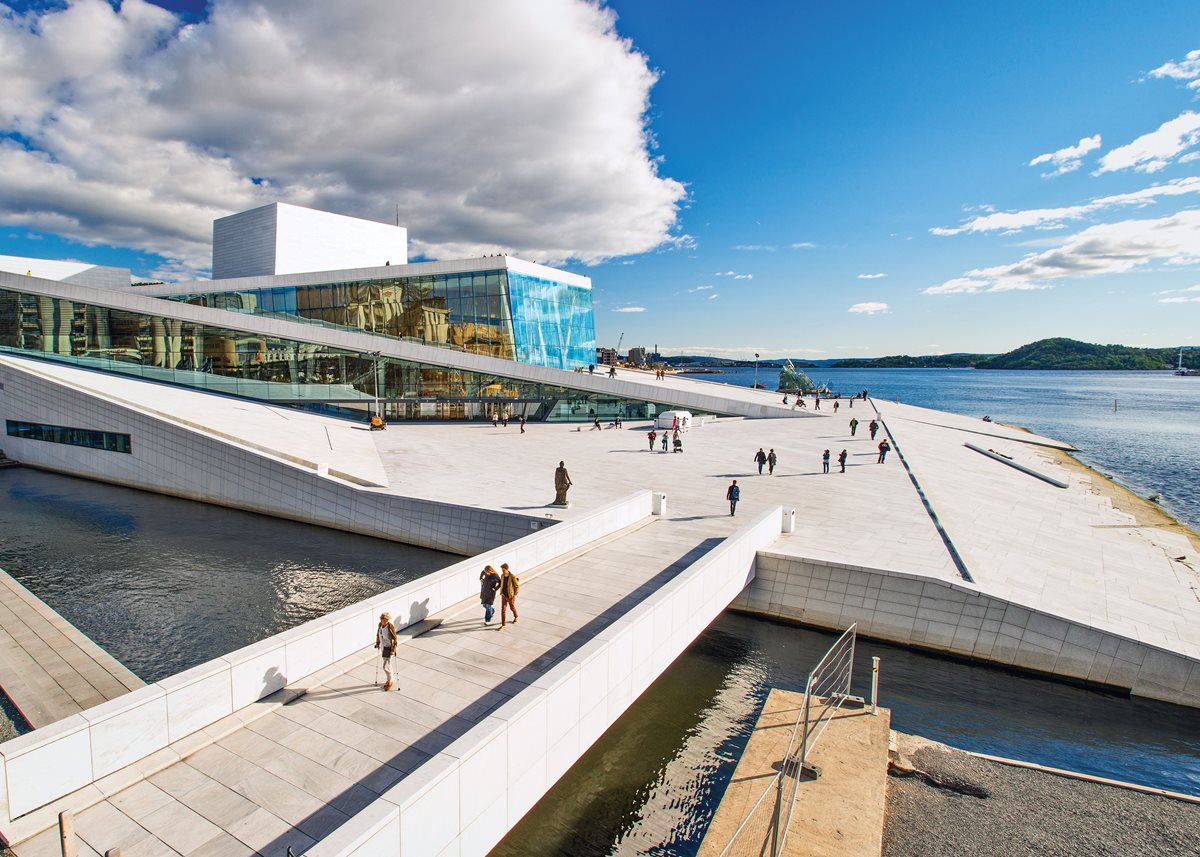 Oslo is a role model for how cities can exist in harmony with their environment. More than 20 percent of the metropolis is dedicated to parks and green spaces, for example, and Virtuoso advisor Leighton Schembri of Sydney, Australia, is particularly impressed by its public transportation system: “The city bikes make it so easy to get around,” he says. Schembri visited during a recent cruise and found the thousand-year-old city, chosen as 2019’s European Green Capital, to be “so alive, the streets all lined with flowers.”

What You’ll Love: An Oslo Pass (around $50) offers 24 hours of unlimited public transport, including ferries to the Oslofjord islands, each of which has its own character. Flash it for free admission to the Viking Ship and Munch museums, plus many more. Slottsparken, which surrounds the Royal Palace, makes for a romantic stroll or picnic by a duck-filled pond. You’ll also find a lively vibe around Grünerløkka, Oslo’s hipster hood, known for its street art.

High Note: Walk up the Oslo Opera House’s angled, pedestrian-friendly roof to admire its views of Oslofjord and the surrounding forests. 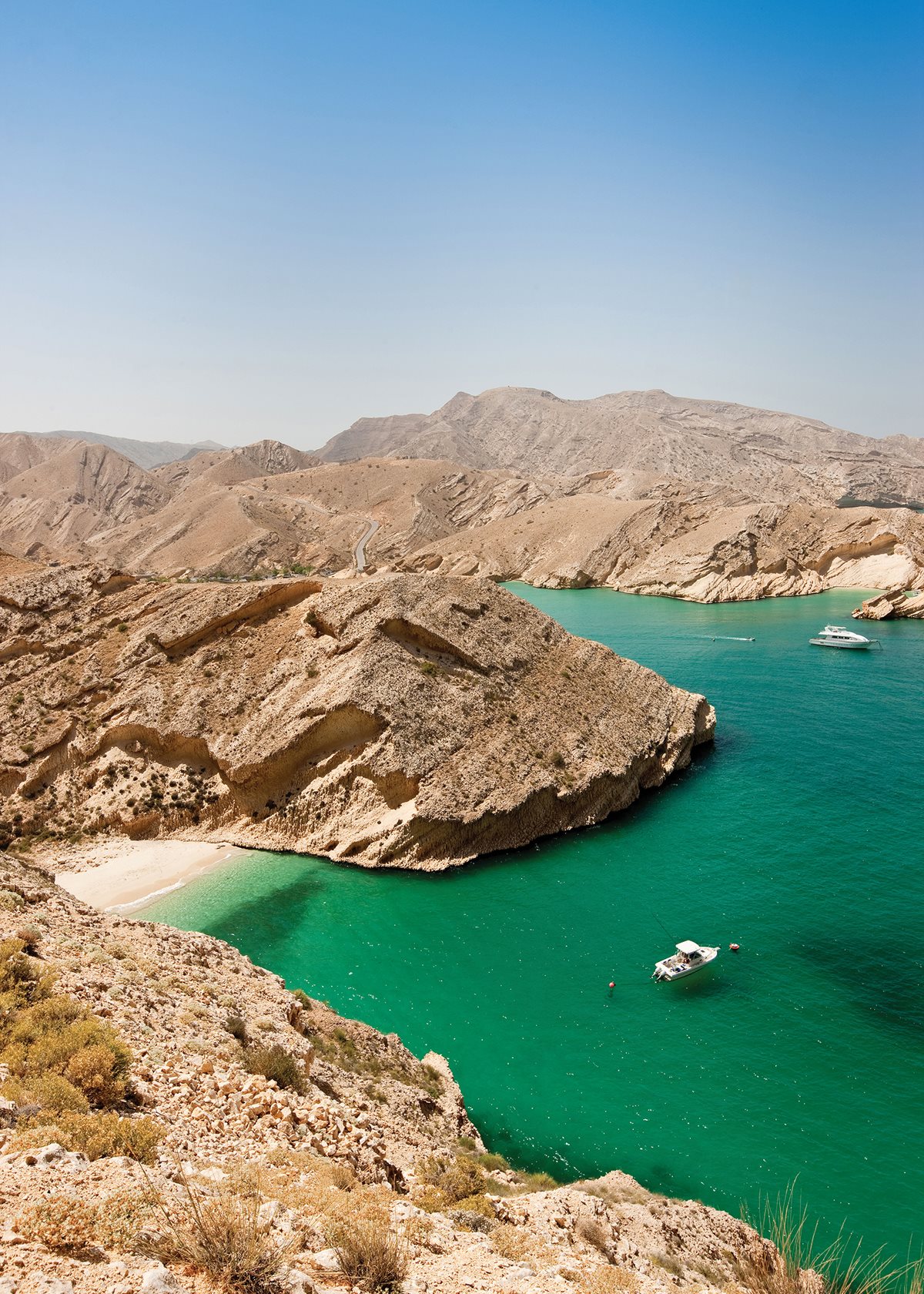 Though it’s just a two-hour drive from the glitz of the United Arab Emirates’ largest city, this Persian Gulf country has been dubbed “the anti-Dubai” by the Washington Post. “Oman’s raw beauty is a ‘wow’ experience in itself,” says Kate Corey, a Virtuoso advisor from Chicago. “You trade Dubai’s skyscrapers for breathtaking mountains and serene, emerald-green waters. Instead of Bentleys and Ferraris, you pause for camel crossings.” The former frankincense powerhouse takes pride in its past with a clear eye toward the future, including a model universal health-care system.

What You’ll Love: In the country’s capital of Muscat, Muttrah Souq and the Sultan Qaboos Grand Mosque, which can accommodate 20,000 worshippers, are must-dos. Hike to traditional villages in Wadi Tiwi, or scale 9,872-foot Jebel Shams for a peek into Wadi Ghul, the “Grand Canyon of Arabia.” Oman’s centuries-old forts and castles include the UNESCO-designated Bahla Fort; in the south, Salalah offers access to two additional World Heritage sites: the ancient city of Al-Baleed and the nearby Land of Frankincense, with its fragrant trees and the remains of a caravan oasis.

Added Perk: Omani coffee, or qahwa, is more than just a strong, aromatic brew made with cardamom and served with dates. The drink is central to a culture of hospitality, where visitors are frequently invited into local homes. 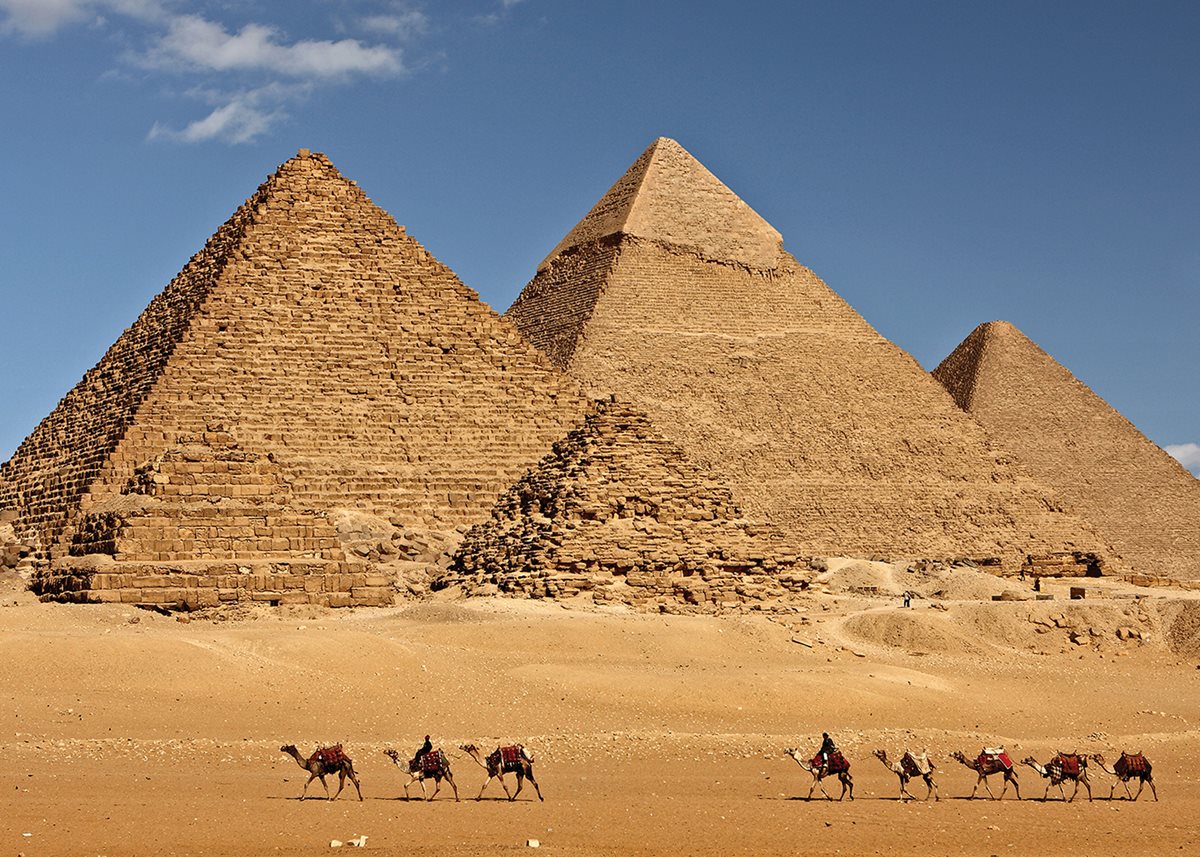 “Egypt is back,” says Long Beach, California-based Virtuoso advisor John Oberacker, referring to the country’s resurgence after regional safety concerns kept many travelers from visiting in recent years. Adding to the excitement: the September 2018 discovery of a 2,000-year-old sphinx at Kom Ombo near Aswan, where, just two months earlier, two sandstone reliefs of King Ptolemy V were unearthed. Following his own visit, Oberacker counsels that the lower fares and thinner crowds currently found in Egypt won’t last, as travel continues to rebound: “The long lines will return.”

What You’ll Love: The 4,300-year-old Tomb of Mehu near Giza opened to the public for the first time this fall, revealing some of Egypt’s finest wall paintings. Oberacker also highly recommends a hot-air balloon flight over the Valley of the Kings. “It’s a moving experience,” he says. 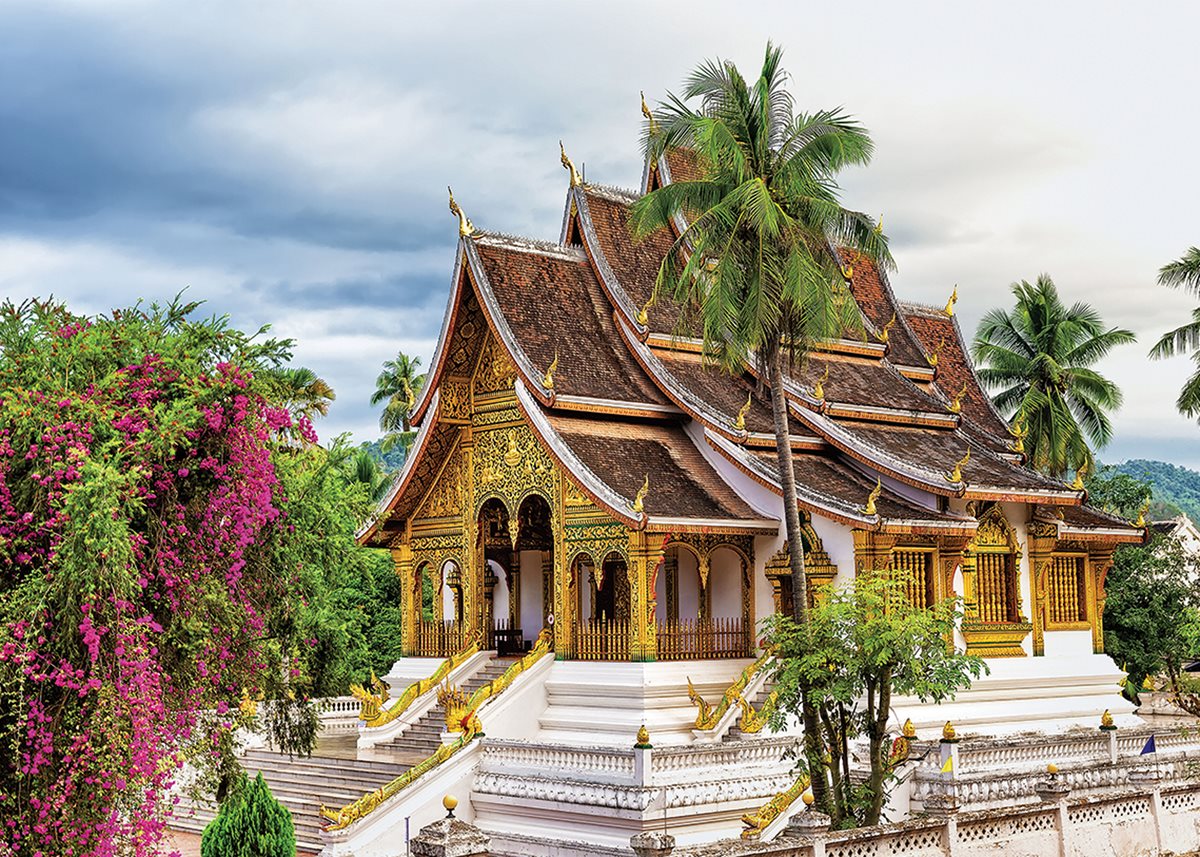 A golden temple in Luang Prabang.

Southeast Asia’s only landlocked country hasn’t received as much attention as its more famous neighbors – and that’s a good thing. Laos’ relative isolation has kept it unspoiled and inexpensive, says Phoenix-based Virtuoso advisor Gena Stoll, who adds that its people “are some of the kindest and most welcoming I’ve ever come across.” Make plans to visit soon, she stresses, as they’ll be greeting quite a few more visitors in the near future, with some estimates predicting an increase of more than 50 percent by 2020.

What You’ll Love: Some of Stoll’s favorite memories are touring Luang Prabang’s morning market, bicycling along the Mekong River, and visiting a rice farm. Additional draws include the hill-tribe villages of Luang Namtha, rare Irrawaddy dolphins in the Si Phan Don archipelago, and the Khmer ruins of Wat Phu, forebear of Angkor Wat.